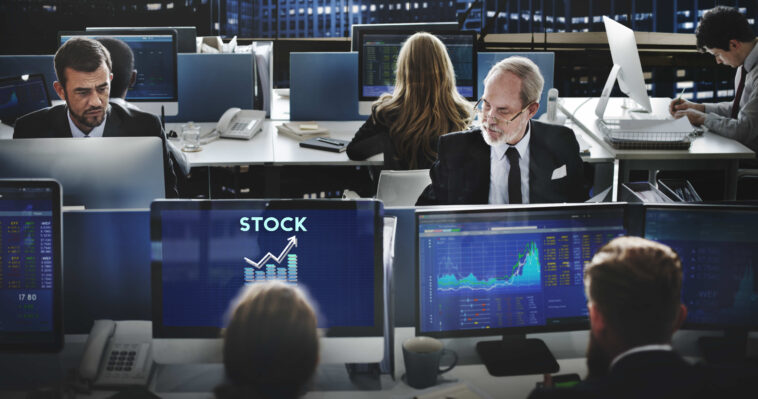 Fundamental analysis is the examination of a nation’s economic and financial performance with the goal of establishing the currency’s fair market value and future course. Fundamentals concentrate on variables that affect exchange rates, such as the state of a nation’s economy, its political stability, and environmental occurrences. Every trader should be familiar with economic indicators and data releases because they are a common way to determine how well a nation’s economy is doing. Additionally, they can have an impact on the value of a currency.

It matters less when data releases come in above or below market expectations than when they do it on their own. In other words, it’s crucial to understand what the market anticipates the data to be in addition to understanding the data that will be provided. It would seem encouraging if, for instance, the unemployment rate is revealed to be 5%, down from the 5.1% reported in the previous month’s statistics release. If, however, it was anticipated that unemployment would drop to 4.5%, the market would respond unfavorably to this news. Because of this, it’s important to understand what the market anticipates in order to assess whether the actual data release was a good or bad surprise. Also keep in mind that a data release will affect exchange rates to a greater or lesser extent depending on how far it deviates from forecasts.
Within 30 minutes of a data release being disclosed, the market normally responds in the short term. After then, currency rates often stabilize and give you time to consider the news’s long-term effects.
On the financial/forex calendar website and numerous others, you may keep up with the day’s significant data releases and anticipated outcomes.

Let’s now look at some key indications that every trader needs to be familiar with and adhere to.

Press conferences, speeches, and meeting minutes:
As a trader, you should closely monitor key individuals’ views on the monetary and fiscal policies of a nation in addition to scheduled data releases. Watch out for any indications of economic growth or decline, shifts in policy, or anything else that can portend the future of a nation’s economic situation and have an impact on the value of its currency.
The Federal Reserve Chairman and the voting members of the Federal Open Market Committee (FOMC) are influential individuals who have the power to shift the markets and are carefully watched by traders in the US. The President of the European Central Bank (ECB), the Governors of the Bank of England (BOE), the Bank of Japan (BOJ), the Royal Bank of Australia (RBA), and the Royal Bank of New Zealand (RBNZ), as well as other members of the UK Monetary Policy Committee (MPC), are other noteworthy personalities. Additionally, traders follow the publication of minutes from central bank meetings.

Unemployment:
There wouldn’t be any economic activity without those who work. Because of this, unemployment is a crucial indicator of a nation’s economic health and rate of growth. A country’s economic growth is negatively impacted by rising unemployment (or falling employment, as it is sometimes also referred to), whereas falling unemployment (or rising employment) is viewed as a positive indicator for the economy.
The market anticipates the central bank to lower interest rates in order to expand the money supply and support economic activity and growth because rising unemployment indicates an unstable economy. As we already witnessed, the likelihood of a rate cut tends to make currencies weaker.
Conversely, while unemployment is declining, a rapidly expanding economy may soon see rising inflation as a result of all the current financial activity. To stop inflation from out of control, central banks are likely to raise interest rates. The anticipated rate increase will probably cause the currency to gain value.
Other typical labor-related indicators, in addition to unemployment and employment statistics, are US Non Farm Payrolls (NFP), Private Payrolls, and Claimant Count, which are often released on a monthly basis. The US NFP is by far the most significant employment indicator because it frequently has the biggest impact on the FX market. It is released the first Friday after the month ends and shows the change in the number of individuals who were employed during the previous month (excluding the farming sector).

Consumer Information:
People are the engine of the economy, as we saw with unemployment, thus their income and demand for products and services directly affect a country’s economic growth. Economic growth is typically accelerated when consumer demand increases, and slowed down when it declines.
Consumer-related indicators that are frequently released on a monthly basis include retail sales, durable goods orders, consumer confidence, consumer mood, and ZEW (economic sentiment).
The currency often strengthens when sales, orders, confidence, or sentiment are higher than predicted, and weakens when data releases fall short of forecasts.

Interest Rate:
Indicators that determine a currency’s long-term worth include interest rates, which is possibly the most significant one. In reality, because they suggest a prospective shift in interest rates, the majority of other economic indicators influence how much a currency is worth. The entire currency market eagerly monitors central banks’ monthly announcements of interest rates to see what they will do.
A central bank can directly affect the value of its currency by changing interest rates, which also govern the supply of its currency. The cost of borrowing rises along with the appeal of saving money, which results in a decrease in the amount of money in circulation as consumers deposit more cash in banks. As a result, there is a decrease in the amount of money in circulation, which raises prices and strengthens the local currency. In contrast, lowering interest rates will make it more affordable to borrow money from banks and less appealing to save money, which will increase the amount of money available for general use and weaken the currency.
Keep in mind that you want to concentrate on rate announcements from the nations whose currencies you are dealing.

Gross Domestic Product (GDP):
The sum of all commodities and services generated in a nation over a specific time period is its gross domestic product (GDP). The strength of a nation’s currency is directly influenced by the state of its economy, which is represented by this indicator. The country’s GDP is typically predicted growth and reported on a monthly or quarterly basis.
Traders compare the GDP as it actually is to what the market anticipates or anticipates. The currency is probably going to gain value if GDP comes in higher than predicted, while it is probably going to lose value if GDP comes in lower than projected.

Inflation:
In most cases, high inflation is thought to be very detrimental to any economy because it devalues a currency. When inflation rises above the central bank’s regular target range of 2 to 3 percent, they typically take steps to bring it back down to the intended levels.
When inflation is high, the market starts to anticipate that central banks would raise interest rates, which would decrease the amount of money available in the economy and cut inflation. Since the market anticipates the move in an effort to profit from an announcement before it is formally made, the expectation of an interest rate increase will lead to a strengthening of the currency.
The Consumer Price Index (CPI) and the Producer Price Index (PPI), which are frequently reported monthly inflation indicators, are common examples.
Please take note that the currency is likely to rise if inflation is higher than predicted, while the currency is likely to fall if inflation is lower than expected.

Trade Balance:
The difference between a country’s exports and imports of products and services is represented by this figure. When the value of exports exceeds the value of imports, a surplus is created, and when the reverse is true, a deficit is created.
A nation should strive to export more than it imports so that it can make money to fuel its expansion. Every month, this number is typically made public.
Note, A higher-than-anticipated number typically favors the currency, whilst a lower-than-anticipated release usually works against it. 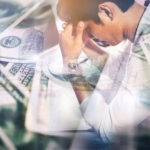 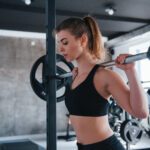 No posts match the widget criteria

Please check if there are posts that match all the below criteria. If not, remove the wrong ones in the widget settings.

Back to Top
Close

Your password reset link appears to be invalid or expired.